Daniel was referred to the WIRE Project in February 2020. He was invited to interview and signed up the project in March. During our initial interview with Daniel, he was very anxious, lacked confidence and requested he attended the interview with support of his probation worker.

Daniel was unemployed for over 10 years but expressed an interest in working in an outdoor environment, undertaking work that had a practical element to it. He mentioned that he would like to have a go at landscaping or similar type of role.

There were some delays in Daniel starting a work placement due to the impact of Covid19. This meant that many of our local businesses were unable to consider work placements due to having to operate with smaller teams and maintain social distancing.

As the situation with Covid19 gradually improved over the summer, Daniel put himself forward to be considered for a two-week work placement at Bradgate Park Trust, who we had been in discussions with before the lockdown. We set up an initial meet and greet over Zoom, so we could introduce Daniel to one of the managers at Bradgate Park. He found out more information about the role and type of work he would be doing. We talked about expectations and confirmed working hours, travel arrangements and other practicalities. The role involved general park maintenance, stone masonry, supervising the visitor car parks, trimming hedges and similar tasks. 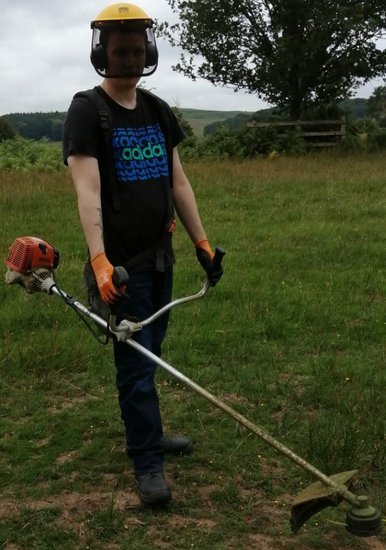 We decided to reduce Daniel's working hours from 40 hours a week to 24 because he had been out of work for such a long period, and we didn't want him to feel overwhelmed. We also extended his placement to 3 weeks, so he was still able to gain valuable skills and fully grasp the nature of the work.

We arranged a taxi to drop him to and from the placement and maintained regular contact throughout to monitor his progression and make sure the placement ran smoothly.

Daniel thoroughly enjoyed his time at Bradgate Park and gelled well with the staff team. He began taking photos of his work to build a portfolio and evidence his progression. On his final day of the placement we held a de-brief meeting to get feedback from his supervisor. He received excellent feedback and the staff were really impressed with his attitude and work ethic. Daniel’s supervisor said, “He has taken on board everything we have asked of him and even committed to working additional days to help out the team.”

The team at Bradgate Park were so impressed with his progress that they invited him back to continue volunteering on a weekly basis. Daniel now volunteers one day a week and will continue to do so for the foreseeable future. He has received a glowing reference which will help Daniel with future job applications, along with some tips and advice on how to progress to have a career in this type of field. Due to Daniel’s hard work and commitment, we offered to fund a Brushcutter and Strimming course with Park Hill Training. He will be starting the course in September.

The WIRE Project has been positive and supportive in getting me a work placement and work experience to help me going forward. I now have an idea about the career I want to work towards and hopefully with more hard work I can get there.

Since finishing his work placement, Daniel has been contributing to our knife crime workshops and plans to support our work in trying to deter young people away from getting involved in knife crime.

We hope to build on this relationship with Bradgate Park to see many more successful work placements and employment outcomes for those who are keen and motivated to find work.

For more information about the WIRE Project, contact rudi@leicestershirecares.co.uk 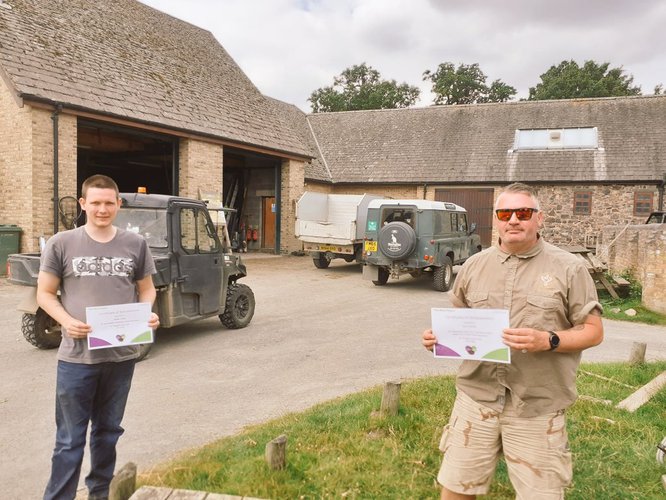