Martin is a qualified lawyer specialising in corporate transactional work. He spent the first ten years of his career working in Leeds and London, training at Eversheds and then spending five years at Squire Patton Boggs (UK). Martin relocated to Leicestershire in 2009 joining Spearing Waite. Spearing Waite was acquired by Knights plc in October 2018.

Martin is married with two daughters and is a very keen cyclist enjoying frequent trips to the Alps. 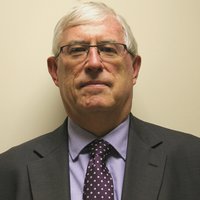 John has been a director and trustee of Leicestershire Cares since early 2010, taking up the mantle previously held by his wife Margaret.

John is a Fellow of the Institute of Chartered Accountants and, having spent the first twelve years of his career with Price Waterhouse (all in Leicester but for a six month stint in Hong Kong), was with Grant Thornton for some 28 years, 25 of them as a partner, before retiring in autumn 2016. He has held a number of senior roles in the firm, managing Leicester office, Milton Keynes office, serving as an elected member of the firm’s Partnership Oversight Board for nine years, and Chairing the firm’s Partner and Director Selection Panel for well over ten years.

Married with one adult daughter, John is a retired amateur cricketer and golfer, who now enjoys his sport in a more sedentary manner, mostly at Welford Road, whilst getting exercise helping daughter Liz with her horses. He is also an active trustee of his local village library in Mansfield.

Debbie is an Accountancy Graduate of Huddersfield University and a Fellow of the Institute of Management Accountants. She has worked in the Transportation industry for a number of years and following a management buyout has been a Director of Alltruck Plc since May 2000. 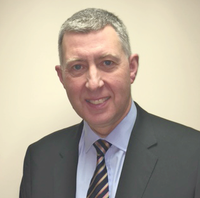 Nigel joined the Leicestershire Cares Board in 2014 and since 1999 has been Property Director of the Sytner Group. The Leicester based prestige car retailer operates from 100 sites in the UK and has over 7000 employees.

Sytner became Cares members in 2012 as part of their aim to ‘Give Something Back’ to the local communities in which they operate.

Nigel is a qualified Chartered Surveyor and previously worked as a Partner in a Nottingham based firm of Property Consultants. He lives in Leicestershire with his wife and two children and is a season ticket holder at Leicester Tigers. 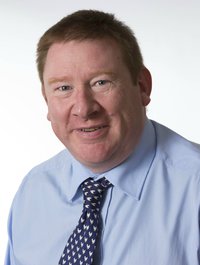 Born in Peckham, London, Lee Sullivan was educated at Cambridge University and has since dedicated his career to the meat industry, working with respected brands Tulip, Greencore and Grampian before joining the Samworth Brothers group in 2013. He is now Managing Director of Walkers Deli, sole supplier to the Tesco Finest range of cooked meats and the largest manufacturer of pate in the UK. Walkers Deli employs 550 staff at its Leicester, Cobden Street site.

Married to Janet, with two daughters studying at university, Lee is a committed fan of West Ham Football Club. Together with his family, Lee has been an active supporter of the charity “Women on the Run” raising funds for cancer research. 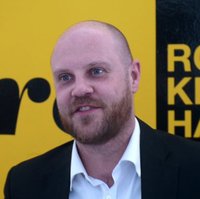 Jamie Mollart is a Director and shareholder of highly regarded and well-established Leicester based full-service marketing agency Rock Kitchen Harris.

He grew up and was educated in Shropshire before moving to Leicester, where he worked at the Leicester Mercury and in a variety of other marketing roles before joining RKH.

Having joined RKH a decade ago as an Account Manager, Jamie took on the role of Client Services Director in 2012, becoming a shareholder after an MBO in 2013.

Jamie is married and has just become a father for the first time.

Jayne is an Engineer by background, graduating from Loughborough
University with an Honours degree in Manufacturing Engineering and
Management. Since graduating however she has been working in the IT
industry, firstly in technical roles and then moving on to more customer
facing customer services roles. In 2005 she was appointed Customer
Services Director at thankQ Ltd a software company which wrote software to
support the NFP sector and was instrumental in creating a
relationship with Leicestershire Cares as part of their CSR policy along
with the environmental standard BS8555.

Since 2013 Jayne has been managing Customer Services for the NFP
division of the Access Group which supports over 3000 NFP organisations
with various types of software (CRM, HR, Payroll, Ticketing etc.) and
where the relationship with Leicestershire Cares continues.

Outside of work Jayne lives in Leicestershire with her partner and two
young children and is involved in the management and fundraising
committees for the local preschool. She enjoys sewing and knitting when
time allows and is looking forward to rediscovering her love of sailing
and diving once the children are old enough to join in.

Lyn Warren joined the Leicestershire Cares Board in November 2018.

Lyn is HR Director for Joules, a UK-based premium lifestyle brand who have supported Leicestershire Cares since [date]. Joules’ Head Office is located in Market Harborough and their Distribution Centre is in Corby.

Having joined the business in May 2018, Lyn is responsible for leading on all areas of HR for the business including Resourcing, Learning and Development, Employee Relations, HR Support and Health and Safety. Lyn has over 20 years’ experience working within Retail and Leisure. Before joining Joules Lyn was HR Director at Carpetright and prior to that, HR Director at Virgin Active. She has also held a number of roles at Dixons, Gamestation and Home Retail Group. 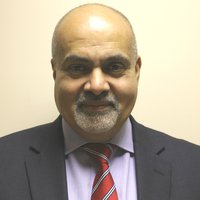