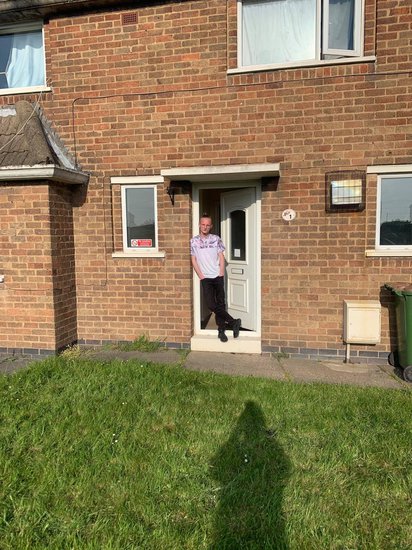 JO was referred to the UP Project in January 2020. JO was assessed and his initial need were identified as housing, mental health, and employability support. JO was referred to the Leicestershire Lets Talk team and has been receiving regular counselling over the telephone, JO has since discharged himself from the service feeling he is in a much better place physically, mentally, and emotionally.

JO is now living in his own property receiving floating support from 'The Exaireo Trust'. This was a joint outcome working with the HTO team at The Bridge and the resettlement teams at NPS. JO said he has not felt as settled as he does in a very long time and feels he finally has a place he can call his own having previously experienced rough sleeping and sofa surfing. Further to this, JO has received support around building better relationships JO is now in a steady relationship and is making plans with his new partner. JO’s previous experience of being in a relationship has always been negative however, with the intervention he has received he feels this has allowed him to finally maintain a healthy relationship.

JO has participated in several session with the UP project including disclosure workshops, employability workshops and CV clinics. JO now has a pre disclosure letter to offer to potential employers along with a new improved CV and is more confident to apply for jobs and sit an interview having participated in a mock interview and received some great feedback from our business members at Stepnell.

JO is working on a painting and decorating programme at present and has now decided he would like to enhance his skills and qualifications and apply for a college course or apprenticeship in painting and decorating JO continues to receive support from the up-project to support this but has achieved some fantastic outcomes throughout his time so far. JO was NEET, rough sleeping and in a very dark place when he arrived on the project JO now states he is feeling much more positive, stable, motivated, focused, and employable and see’s a bright future ahead of him.

When my probation officer advised me she was referring me to the project I assumed it would be another tick box exercise to prove someone was listening to me, however looking back it was my life line to accept the support and get myself into a more positive position. Th UP-Project have offered me more than just employability support they have given me the confidence and emotional support to turn my life around for the better.

To find out more about the UP Project and how to get involved, contact Siobhan Hirrell, UP Project Development Officer, Siobhan@leicestershirecares.co.uk