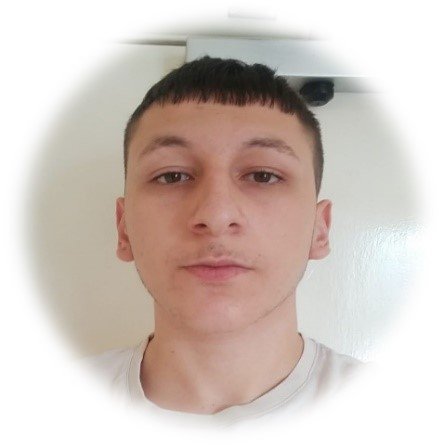 LM was referred to the UP Project in April 2021 by the National Probation Service (NPS) after recently being released from prison. LM had been referred to the project previously and was declined/closed due to a lack of engagement; however, his circumstances had changed and upon meeting him he seemed eager to work with us this time round and gain support.

An initial assessment was completed and LM was found to need support with housing, employability, mental health, disclosure, confidence, and self-esteem. A support plan was created with LM which implemented realistic short- and long-term goals. LM engaged very well and attended several sessions, including our employability workshop and CV clinic. LM was then provided with a laptop and funds to download an official CITB app to begin revising online for his CSCS exam. In addition, LM was support by his key worker to attend weekly sessions to monitor learning and progress to ensure he was test ready.

Before his first CSCS test, it was identified that he was not ready and had slightly disengaged from the project. The UP team discussed this with LM who disclosed some safeguarding concerns at home. LM was residing with family upon his release from custody; however, the relationship with his parents had significantly broken down which was having a huge impact on his mental health. Several referrals for housing were submitted and LM was successfully housed in September 2021. LM was awarded a food voucher from the UP Project for his first week’s shopping alongside a homeware voucher of £100 applied for by UP and awarded by Charity Link.

LM has settled into his new place well and nothing but positive feedback has been received from his new key worker, as well as the NPS and other agencies which he continues to engage with positively. LM has been supported to obtain a gym membership which is helping with his mental health and is currently receiving regular counselling on the back of several UP Project referrals.

LM was struggling with a home office status during his time with UP and was at risk of deportation. This had a huge effect on LM’s ability to plan for the future as he was also on tag. LM has since been supported by NPS and UP and has won his appeal to remain in the UK, and it has been confirmed he can also now find work.

LM is now working towards his CSCS card again which he is due to sit his test for in November 2021. LM will be working tirelessly with staff at UP to gain work experience and then full time employment once he has his CSCS.

When asked about his experience of being on the UP Project, LM said:

My time on the UP-Project has been very helpful, supportive and encouraging. I have received support to get work and improve my employability and a lot of support with my housing situation – they helped me move into a safe place to live in. What helped me the most is being encouraged and supported to move forward towards my CSCS and mostly my housing situation as it was really bad. I would 100% recommend the UP Project as they are very helpful with every area you lack in. I am excited to continue working with the UP Project to gain my CSCS card, some work experience, and a full-time job.