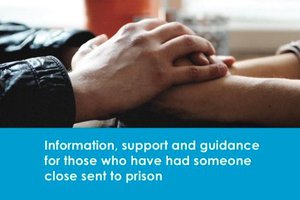 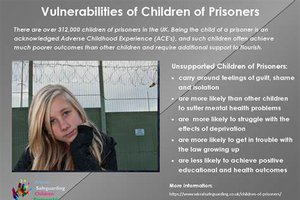 Kieran attended the Leicester Children’s Trust Board, last Thursday, which is chaired by Deputy Mayor Sarah Russell. Along with colleagues from the public and community sector he shared thoughts and ideas on how we raise awareness of and support for children who have a parent in prison. A presentation by Grace Strong Head of the VRN highlighted

Esther Jones from the city council presented work she had developed in partnership with the VRN, to raise awareness of the issues by providing training for practitioners. Representatives from Police and Education shared how they are trying to improve information sharing, so schools are informed if a child’s parent is arrested and imprisoned, which becomes complicated due to GDPR.

When Kieran worked for Save the Children Fund UK, he led work on prisoners’ families, his team managed their Holloway Children’s visitor centre. Like others present , he felt this was an issue which was often not talked about or understood. Children who were traumatised by the imprisonment of a parent were often not offered support and in too many cases their schools might be unaware they have a parent in prison.

What I would like Leicestershire cares to do, is to carry out action research, so we can develop practical support for children and young people who have a parent in prison. We are keen to do this in partnership, add value and not compete or replicate

We will continue to link up with partners and hope to have an action research project up and running by the New Year.