It is easy to think of climate change as a problem for future generations to deal with and tackle, especially if the effects of Climate Change are not felt directly. But millions of people around the world do not have that luxury as they are experiencing the worst of climate change now. Climate Change hits poor and disadvantaged communities first, and hardest.

The link between Climate Change and Poverty

People with low incomes in both developed and developing countries will be most vulnerable to the impacts of Climate Change as they are less able to prepare, respond and recover from the effects, despite being the least culpable. Decreasing food production, an increase in health issues associated with climate change, and more extreme weather will slow economic growth, making it increasingly difficult for governments and local authorities to reduce poverty. Climate Change can also take existing problems, such as lack of water and shelter, and make them worse causing conflict and migration.

It is estimated that by 2030 more than 100 million people could fall back into extreme poverty due to climate change1. Urgent action is needed to mitigate the risk to those most vulnerable to Climate Change.

Who is vulnerable to Climate Change in the UK?

Here in the UK the effects of Climate Change might be less obvious but nonetheless pose a threat to communities all over the UK.

People on a lower income in the UK will be more at risk of climate change. They tend to be private or social tenants, and this influences how well these communities will be able to prepare for climate change. Often, they do not have the resources or power to make adaptive changes to their homes such as insulation, which is needed to maintain a comfortable temperature during winter and summer. This makes tenants prone to overheating during heatwaves and can expose them to extreme lows when temperatures drop in winter. Furthermore, some housing types occupied by tenants, such as tower blocks, tend to be poorly ventilated making it even harder to sustain a comfortable temperature. Even if permission to make changes to their home has been granted by their landlord, many tenants will be reluctant to contribute to costs given that a significant amount of their income goes to rent, and the property is not owned by them.

Coastal cities and areas in the UK are most vulnerable to Climate Change due to extreme floods, rising sea levels and an increase in the rate of coastal erosion. Disadvantaged costal communities face the same issue outlined above in that they often do not have the power or can afford to make changes to their home including flood resilience measures. They are also less likely to have insurance so will struggle to recover from floods and replace damaged items and goods. Moreover, Climate Change will impact coastal livelihoods, particularly for those who rely on the coast and local farmers whose land might be vulnerable to flooding and erosion. Floods and extreme weather patterns can disrupt transport services in these areas making it for difficult for those without private transportation to travel, impacting their ability to access job opportunities, education, health and social care services.

Poor air quality is currently the largest environmental risk to health in the UK2. Exposure to air pollution increases the likelihood of cardiovascular and respiratory diseases, exacerbates asthma and reduces lung function. Poor air quality may also affect the brain causing strokes and can have early life effects such as a low birth weight. Air pollutants are emitted from a range of both man-made and natural sources. Many everyday activities such as transport, industrial processes, farming, energy generation and domestic heating can have a detrimental effect on air quality2. For this reason, air quality tends to be worse in cities that anywhere else in the country and air pollutants such as NO2, are more prevalent in urban and industrial areas and by busy roads. Not all cities in the UK experience the same and air pollution is higher in cities in the Southeast as whole, partly due to emissions from London and continental Europe.

Air pollution can impact people throughout their lifetime but communities living in built up and urban areas in cities are most at risk. People with the lowest household incomes are more likely to live in built up urban areas where the unemployment rate is high.

The effects of Climate Change are probably most noticeable in agriculture. An increase in climate related challenges such as droughts, flooding, land degradation and water scarcity may lead to higher production cost and bad harvests. This may result in food shortages across the UK and the world, causing prices to increase. This will affect millions of people but will most likely hit those already living on the breadline the hardest. 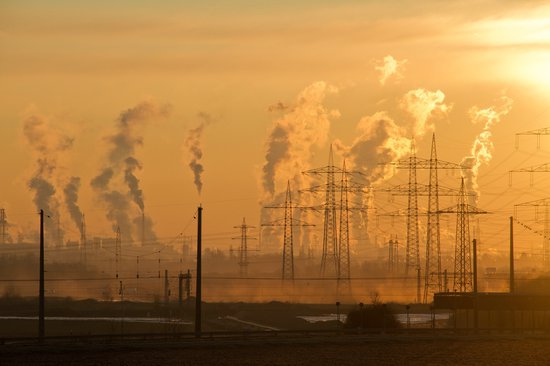 Other factors which increase vulnerability to Climate Change

As well as living on a lower income there are many other additional factors that can increase the vulnerability of others to climate change. The elderly and those with underlying health conditions are particularly at risk and are more vulnerable to temperature extremes and air pollution. They are also less mobile and more likely to be taking medication which makes it harder to regulate body temperature.

Race and ethnicity also influences vulnerability to climate change. Here in the UK Black African, Mixed White and Black African, Black Caribbean and Bangladeshi ethnic groups are more likely to rent social housing that any other ethnic group3. Furthermore, Pakistani and Bangladeshi communities’ groups were the most likely to live in the most income-deprived neighbourhoods in the UK4. And so, are less likely to have the resources or power to prepare and respond to climate change.

Climate Change impacts men and women differently, largely due to their gender-differentiated roles and responsibilities at the household and community level. The United Nations suggest that 80 per cent of people displaced by Climate Change worldwide are women and according to a review by the Global Gender and Climate Alliance in 2016, women are more likely to suffer food and job insecurity because of the climate crisis5.

Although women in the UK haven’t yet felt noticeable disparities in how they are affected by Climate Change against their male peers, reflecting on how the pandemic changed circumstances for them can help predict how the climate crises will affect women. Research from the Women’s Budget Group found that around 133,000 more women were furloughed than men6, they are also experiencing higher levels of redundancies than in previous recessions, more likely to work in sectors hit hardest by the pandemic and bore the brunt of childcare and teaching responsibilities when schools closed. There have also been clear differences between women and men accessing and receiving coronavirus government support7. As pressure from the climate crises increases, we will likely see discrepancies between genders repeated. 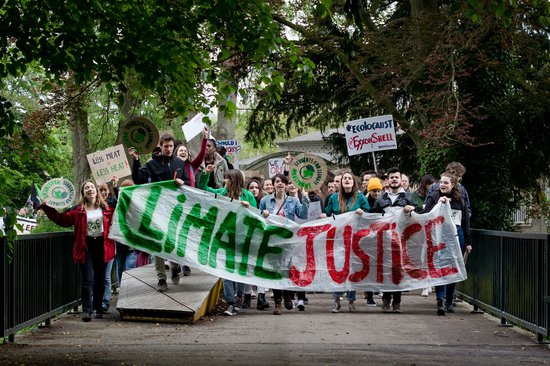 A report from The Climate Change Committee in 2019 showed that the UK government are not prepared to deal with Climate Change8. As the effects of Climate Change become more frequent and severe, coordinated action is going to be required to protect those at risk. A top-down approach should be adopted and both national and local government should work with the rest of society to:

Increase the political voice of marginalised and harder to reach communities that are likely to be affected by climate change. These groups are less likely to engage with political processes, including electoral voting.

Help raise awareness in low income and harder to reach communities with accessible and targeted information and support. This should include what needs to be done to prepare and respond to events and how to act.

Provide opportunities for at risk communities to engage with local government, share their concerns and ensure their voices are heard. Use feedback to feed into local delivery and development plans.

Develop and create local plans that will reduce the impact of climate change. Ideally these plans should include measures to mitigate risk and what should be done to respond and recover from Climate Change events.

Create net zero policies and incentives that are business friendly. These policies should have a clear and stable direction that will allow businesses to innovate and encourage them to switch to low carbon technologies.

Create new grants and schemes that others can access to make their homes more energy efficient and prepare for climate change. These grants should be made more accessible to others and the application process should be clear.

The Climate Crisis is a global problem. Yet low-income communities, women and people of colour are the ones that are affected the most. The solutions to Climate Change are within reach and to benefit from them we must take urgent and coordinated action now. If we wait around for governments to take meaningful action on their own initiative, it will be too late. But if we act as a community and lend our voices, it might be enough to stop Climate Change and save us all.

1 Climate Change and the Rise of Poverty | UNDP