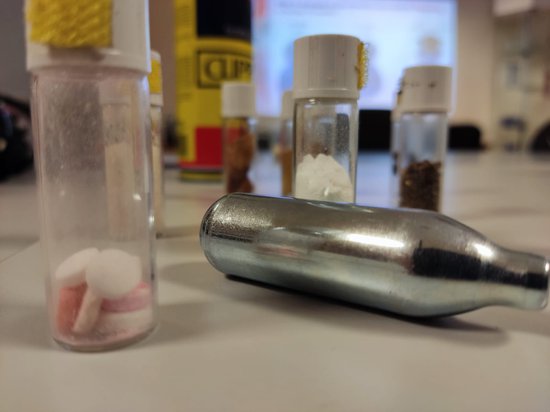 Taking a Public Health appraoch, young people being clued up on drug trends can protect them from harm, the law and themselves.

Around one in five adults aged 16 to 24 years in the UK have taken a drug in the last year, and since COIVD, respondents to a release.org.uk survey reported that their drug use had increased, and 1 in 10 purchases were made on the darknet.

With Cannabis, cocaine and ecstasy still the most frequently illegal drugs used, new psychoactive substances such as synthetic cannabinoid ‘Spice’ have increased in popularity in recent year.

The increase of nitrous oxide, a colourless gas which is commonly used for sedation and pain relief, but is also used by people to feel intoxicated or high, can be legally bought, and with 72 cases of drink ‘spiking’ across Leicester and Leicestershire reported to the police in October 2021, we believe that young people being given the facts and information so they can make informed decisions about drugs is a way to give them power within. 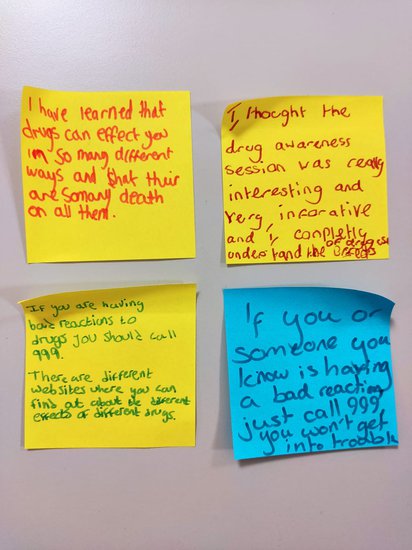 County lines is another concern around drug use and vunerable young people. County lines the name given to drug dealing where organised criminal groups (OCGs) use phone lines to move and supply drugs, usually from cities into smaller towns and rural areas.

They exploit vulnerable people, including children and those with mental health or addiction issues, by recruiting them to distribute the drugs, often referred to as ‘drug running’.

Leicestershire Police’s Substance Misuse Team Leader, James Edmondston, delivered an interactive and informative training workshop where he quizzed the young people about what drugs they know, what their affects are and where they stand on the classification list.

James talked the young people through the law and the police’s tactics to tackle drugs, as well as dispelling myths around drug use.

The session was designed to raise debate and discussions about current drug policies, prevention and what to do if you or your friend got into physical harm through taking drugs.

The training was non-judgemental, unbiased and accessible.

It sounds like the police are taking a new approach to young people and drugs. They are trying to avoid criminalizing young people over tinny misdemeanour and possession of drugs. This approach probably prevents young people from entering the criminal justice system and falling into a worse situation which comes from spending time in prison, such as being in contact with higher risk criminals, struggles getting employment and mental health. These all have bigger impacts on society and tax payers money.

We learnt that if you or someone you know is having a bad reaction to drugs, you should call 999 and not worry that the police will turn up and arrest you. They will only turn up if the paramedics feel threatened. Knowing this could save the life of someone important to you